The weekend in pictures

A birthday party for my nephews, (who all of Ty's clothes come from,) a shower for Amy who is getting married very soon, and Ty's first Rough Riders baseball game with his little class from school. All in one day. It's no wonder we all slept late this morning. 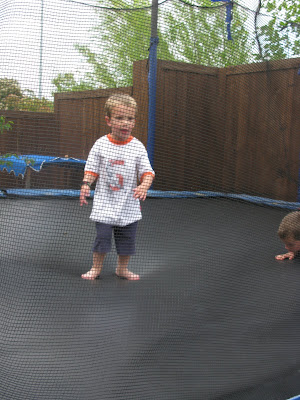 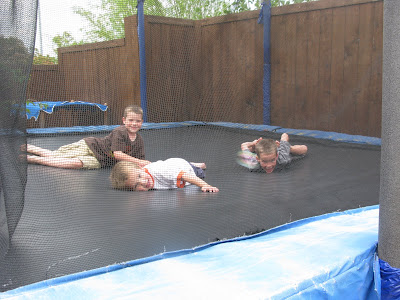 Ty and his big cousins Luke and Cole the birthday boys. I met them when they were 2 and they turn 7 today. Happy Birthday boys! 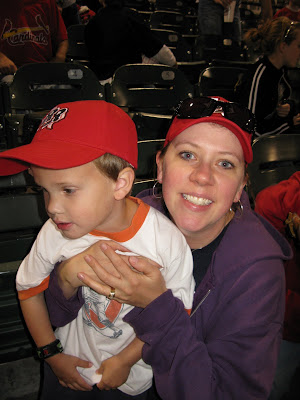 Ty's teacher Linzy. He looks terrified of her in the picture but he really loves her A LOT and I think was just scared I was going to leave him at the ballpark with her. 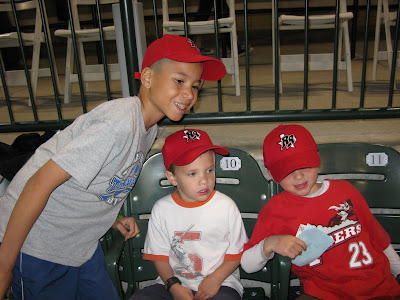 New buddies. We all got hats, unlimited food and drinks, and great seats. It pays to go with the school apparently. 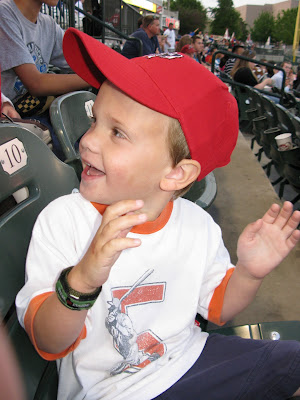 Once he got over the shock of just being in a ballpark for the first time, he loved it. 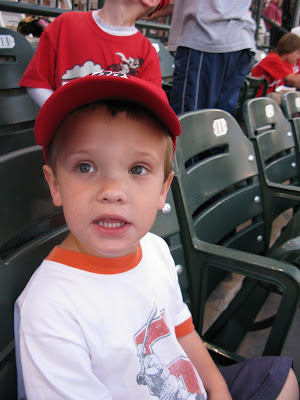 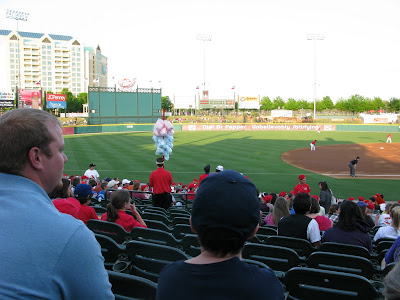 It was a beautiful night for baseball. Now moving on to the shower for Amy. It was her lingerie shower so understandably I'm only showing a few pictures. You're welcome. First is my sweet pregnant with #2 sister-in-law Ana. 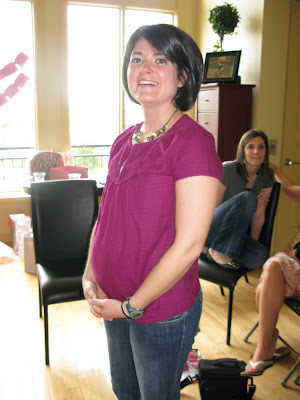 I took this right before she went down for her nap. I'm a big fan of pregnant people napping. Shoot I'm a big fan of napping period. "Go take a nap!" I said. "But wait I need a picture first!" I'm sure she appreciated my sensitivity. Ha 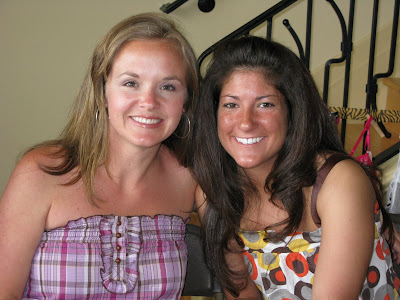 Me and the bride Amy. She is Ana's youngest sister and we love her and her new almost-hubby. 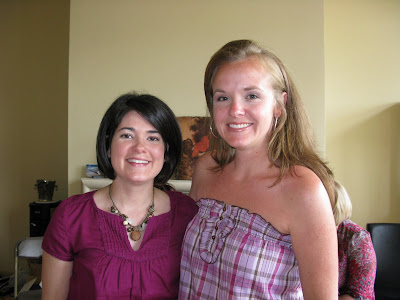 I'm really not that much taller than Ana but I had on tall shoes since you can wear those to a shower where your kids aren't with you-shout out to their Daddy who as usual didn't need me at all when I was away. Emmy was supposed to overlap with me at the shower but since I had to leave to make it to the boys' party and she had to work later than expected I missed her. I'm sure Mom is sad to not have a picture with her in it but the wedding is two weeks away so soon we'll all be together again. Graham and Ana haven't lived close to us since they got married so there is a mandatory photo shoot when they're in town. 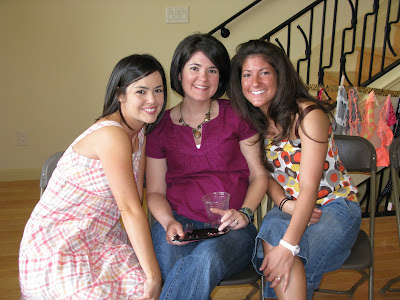 Here is the Annear girl clan: Angie, who has two little kiddos, Ana, (my brother Graham's wife if you're new around here,) who has Henry (2 1/2) and growing little bambino, and Amy. Ana is the oldest, then Angie, then Amy. None of us can believe Amy is old enough to get married but people often tell me they don't think I'm old enough to be married either--must be that youngest in the family thing. No one ever thinks we age. I'm thinking I'll really like that later in life.
Adios. Time for church.
Posted by Mary at 8:37 AM

Love Being A Nonny said...

WOW!! Love reading your blog! What a busy weekend! Your pictures are great!

You look Beautiful, Mary!!!! We would have loved the Rough Riders game! Heck anywhere you can get unlimited food and drink is my kind of place!