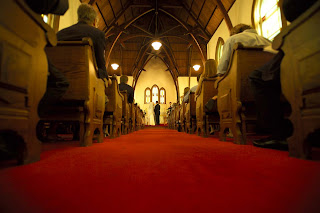 What a sweet tribute!
We love you guys and what an honor it is to be a part of your lives!

I wish I had written this...it was simply perfect! Well done, and happy anniversary!

I love that Jason's the one officiating in this pic. :) What a special day...